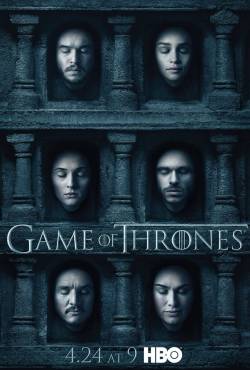 American viewers can use HBO Now to stream all of Game of Thrones, including the upcoming season 6. But what about Canadians?

Bell Media owns the rights to all of HBO's content, including Game of Thrones, and therefore the only legal way to watch HBO is with a traditional cable or satellite subscription and paying for the premium channel. There has not been any announcement about the availability of any streaming option to watch season 6, and with the April 24th season premiere fast approaching, it is unlikely that will change.

If you want to catch up on past seasons of Game of Thrones, you can download seasons 1-5 from iTunes.  Google Play also has the seasons available.

For future Game of Thrones seasons and other HBO shows, there may be a glimmer of hope that Bell could make the content available through their CraveTV service. Recently, a few barriers have been removed that otherwise would have made this very unlikely. First, in November 2015, Bell Media purchased the rights for HBO content Canada-wide. This means one corporate entity owns the rights to HBO content, rather than a multi-company licensing deal which would have hampered any country-wide streaming situation. Second, Bell's CraveTV service is now available to all Canadians (i.e. even those without a cable or satellite subscription) as of January 2016. This means Bell has a content delivery platform that could potentially allow them to provide an on-demand streaming option for HBO content, including Game of Thrones.

With the question of content licensing and a technology platform sorted it out, it is completely up to Bell to make the call on whether licensing a premium show like Game of Thrones will net them more money through CraveTV subscriptions, or rely on the traditional TV subscription market for another few years.

In the U.S. in 2015, HBO chose to make their HBO Now service available as a standalone service, and launched it to coincide with the Game of Thrones season.

With no announcement for a streaming service carrying Game of Thrones season 6 in 2016 for Canadians, it seems that Canada is lagging more than a year behind in this respect. If Bell was looking to make a serious push with CraveTV in 2016, Game of Thrones would have been the perfect way to make that happen.

So for the time being, you will need a cable/satellite TV subscription with the HBO package to watch Game of Thrones season 6.